A downloadable game for Windows, macOS, and Linux

I need your support to finish this project: asv-trident.launchrock.com

You are the captain of alien invasion ship.

Drop lethal bombs and make them surrender than negotiate terms of surrender.

7 upgrades can be aplied for each ships.

4 types of bomb is avaliable.

3 achievements for each planets

*only english supported yet.

*some of features being tested so you can't access it.

*if game is not executed, install dxwebsetup.exe first. 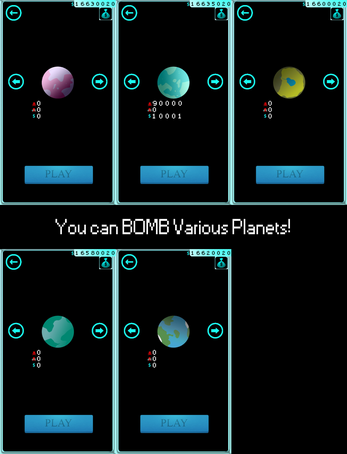 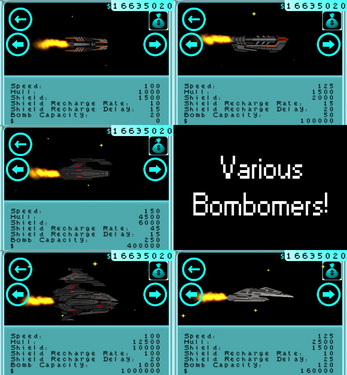 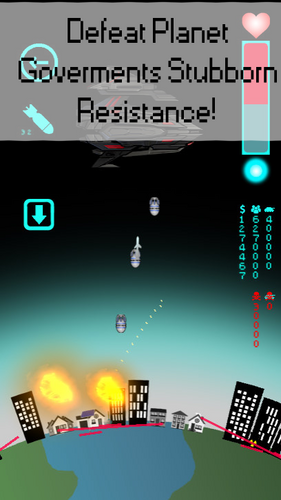 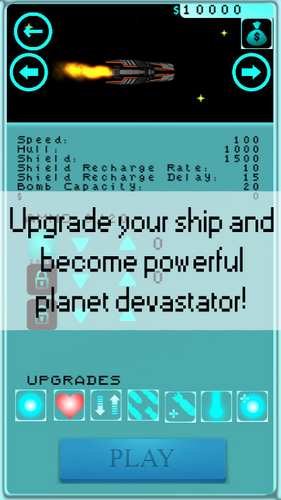